For Rohingyas in Bangladesh, Persecution has Ended but not Sufferings 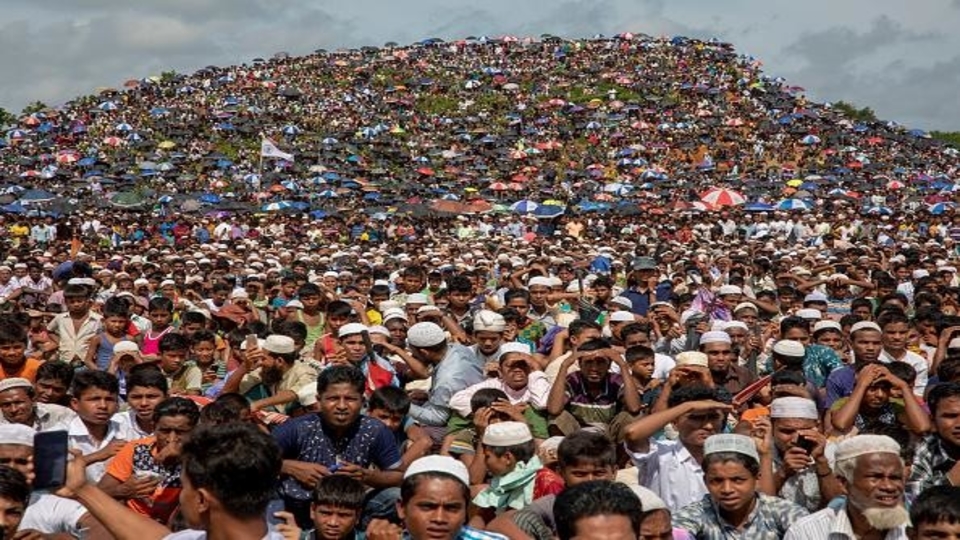 The horrible scenes of hungry, tired and almost lifeless Rohingya refugees entering Bangladesh shocked the world in 2017. Even today, many Rohingyas are attempting to make the journey from Myanmar to Bangladesh, believing that a foreign land (Bangladesh) would be safer than their homes (Myanmar). Although they aren’t migrating in large numbers now unlike what they did in 2017, their journey today is as unsafe, horrifying and terrible as it was three years earlier.

It is important to remind the international community, global civil society – as well as those human rights groups and humanitarian organizations not associated with the Rohingya crisis – about how horrible and terrible the journey was.

When they were in Myanmar’s Rakhine State, the Rohingyas firsthand witnessed how the Myanmar army, popularly known as Tatmadaw, came to their villages and burned down their homes into ashes. The fellow Rohingyas were slaughtered right infront of them. Their days turned dark, their nights darker. These surviving victims had no option but to flee together from their native land with the very limited food they were able to carry.

Even when they ran out of food, they had to continue their journey empty stomach so that they were able to reach to the safety, which, during the time, became their only aim in life. In many occasions, they had to walk for several days to the river. Many had to swim across the River Naf to reach close to Bangladesh.

Initially, the Bangladesh Border Guard (BGB) attempted to stop them from crossing the border, though many secretly passed the border without being detected by the BGB personnel. Subsequently, the Bangladeshi government decided to provide them refuge on humanitarian ground until they could be repatriated to their homeland.

Although they got refuge in a comparatively safer territory, they remained traumatized. Some of these victims, who used to reside at distant locations from one another in Rakhine State, were reunited at some point of time later in Bangladesh; but others remain separated even today. Many do not know whether their loved ones are alive or dead, and whether or not they were able to cross the Bangladesh border.

Although hundreds of thousands of Rohingyas, who fled the violence and persecution in Myanmar’s Rakhine State, found safety in Bangladesh’s Cox’s Bazaar, their lives have never been the same. This is mainly because of the horrifying and atrocious experiences they had to go through before and during their escape from the persecution in Rakhine State, and marginally because Rohingya people have unfortunately continued to face many challenges even in Bangladesh, a place which they had perhaps wrongly believed to be the solution to their problems.

The death of mothers during childbirth and acute malnutrition are two of the many problems the refugees have been facing inside Bangladesh’s refugee camps. Many newborns were diagnosed with acute malnutrition soon after their birth.

The acute malnutrition is common to those newborns whose biological mother died during childbirth and these newborns had to be fed with powdered milk in place of mother milk. It is worth noting here that many Rohingya women came to the camps in Bangladesh with pregnancy caused by either intercourse with their partners or rape by the Myanmar army personnel and radical Buddhist militiamen. A substantial number of these pregnant women died during childbirth.

The Rohingyas have been living in the makeshift shelters made of bamboo and plastic sheets. Understandably, any structures made of such materials are likely to be intolerably hot in the summer, exposed to the winds and rains during the monsoon season, and extremely cold in the winter.

Furthermore, the Rohingyas are bound to work secretly outside the camps, as they are not allowed to work and cannot leave the camps without the permission.

Recently, a very small number of the refugees were relocated to Bhashan Chor, an island which has been developed with $350 million to accommodate inhabitants. Bangladesh has plans to relocate 100,000 Rohingya to this place.

The island currently has sufficient fresh water, electricity, agricultural plots, cyclone shelters, hospitals, community clinics and playgrounds. However, there are concerns about the fate of the island’s inhabitants, as the place is a floating island on the Bay of Bengal and, thus, it is highly vulnerable to cyclones and floods. Furthermore, the remoteness of the island would make rescue missions very difficult during emergency situations including natural disasters.

It seems that the challenges of the Rohingya people, who were described by the United Nations as “the most persecuted minority in the world”, will continue to exist until they are repatriated to their homeland with the assurance of safe, security and citizenship rights.

This article was originally published on Oped Column Syndication.

Bahauddin Foizee is a Threat/Risk Intelligence Analyst focusing on the assessment of investment, legal, security, political and geopolitical threat/risk. He also supports other analysts who are involved in assessing environmental, financial and military threat/risk. His insights, analysis and columns on social, legal, political, geo-political and environmental affairs across the Asia-Pacific/Indo-Pacific and the Middle East regions have been widely published on think-tank-publications and media-outlets across the world.